A set of films telling the inside story of the Abbey and its fascinating 1,000 year history. 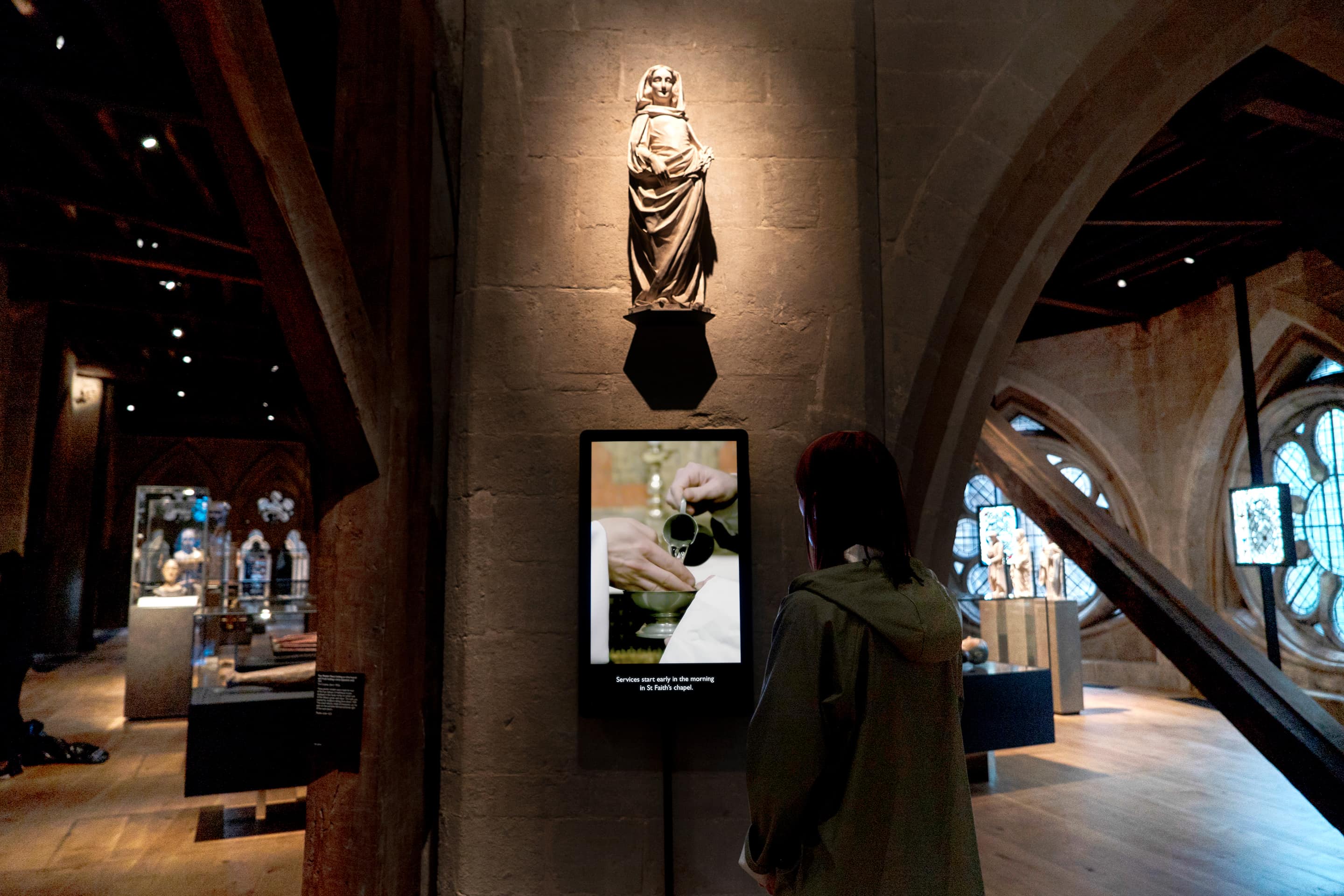 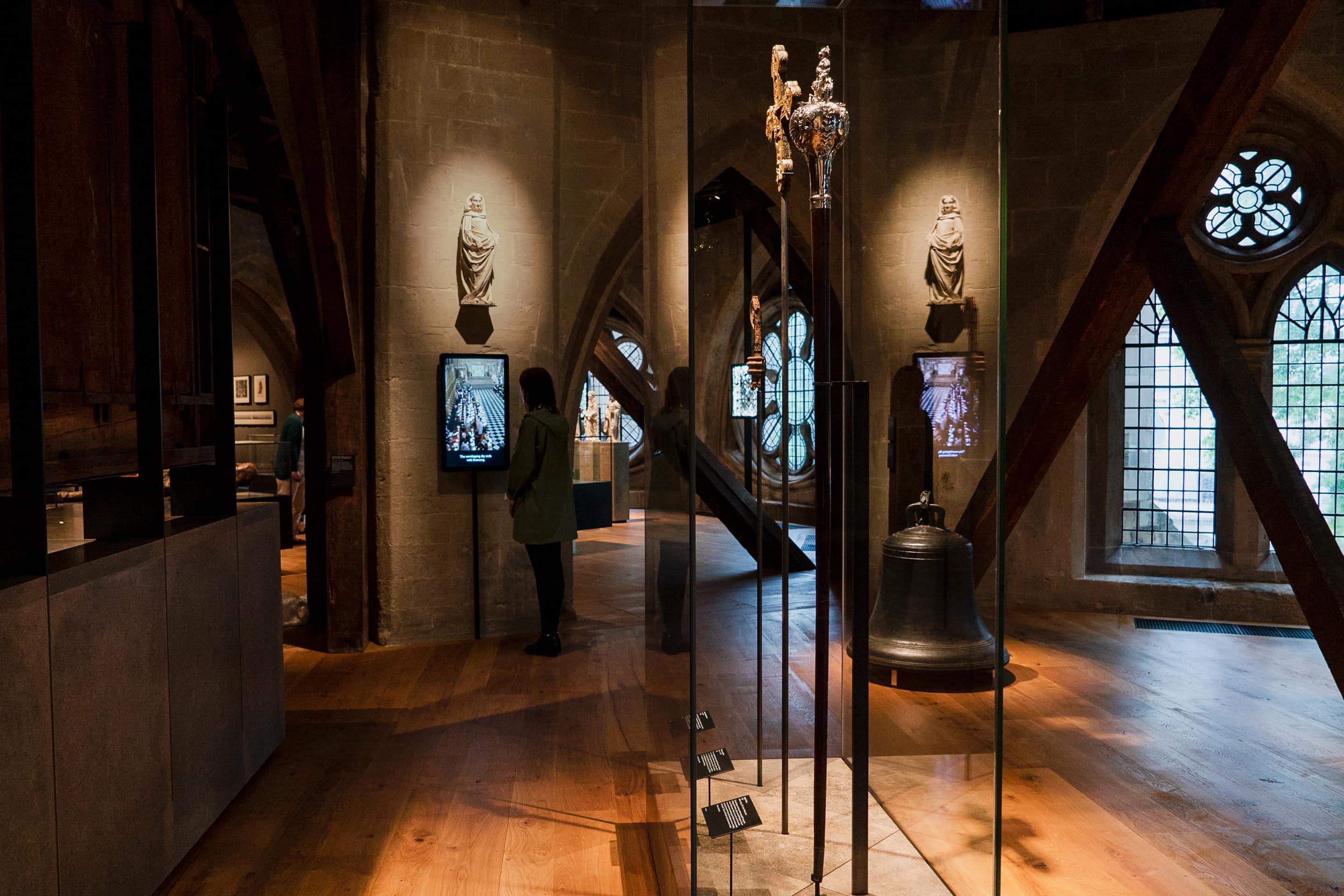 We were responsible for all purpose-shot footage, capturing religious services, handling ancient artefacts, and establishing a sensitive approach to filming in this historic and sacred location. The films were integrated sympathetically into this Grade I listed building, so that the technology didn’t compromise the space or look out of place.

In our films, ‘Worship at Westminster Abbey’ goes behind the scenes of everyday life at the Abbey; ‘Funeral Effigies’ reveals the ancient effigies of past kings and queens; ‘Westminster Abbey and the Coronation’ includes archive footage from the coronations of George VI and Elizabeth II; and ‘National Memory’ addresses the commemoration of commoners in Poets’ Corner.