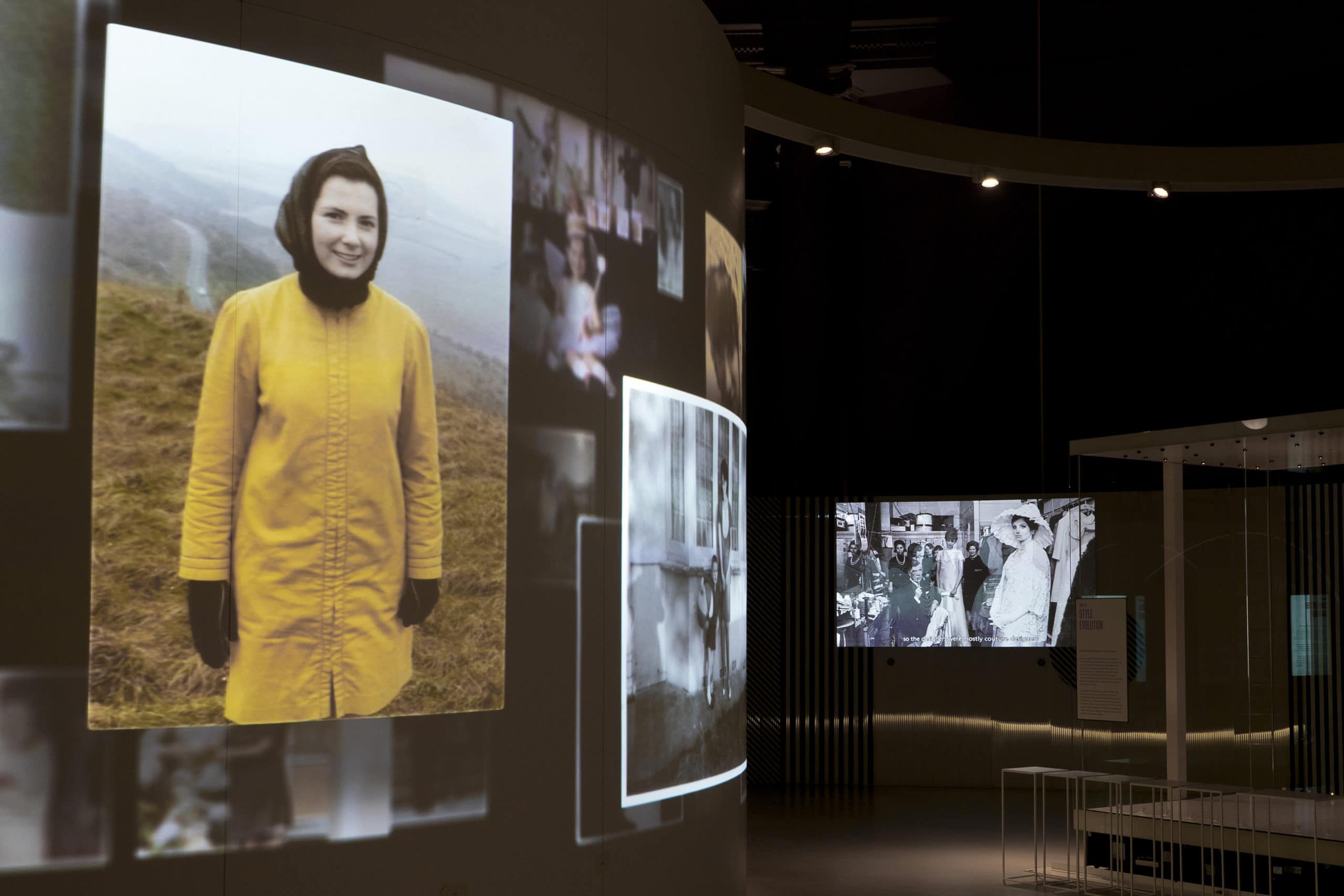 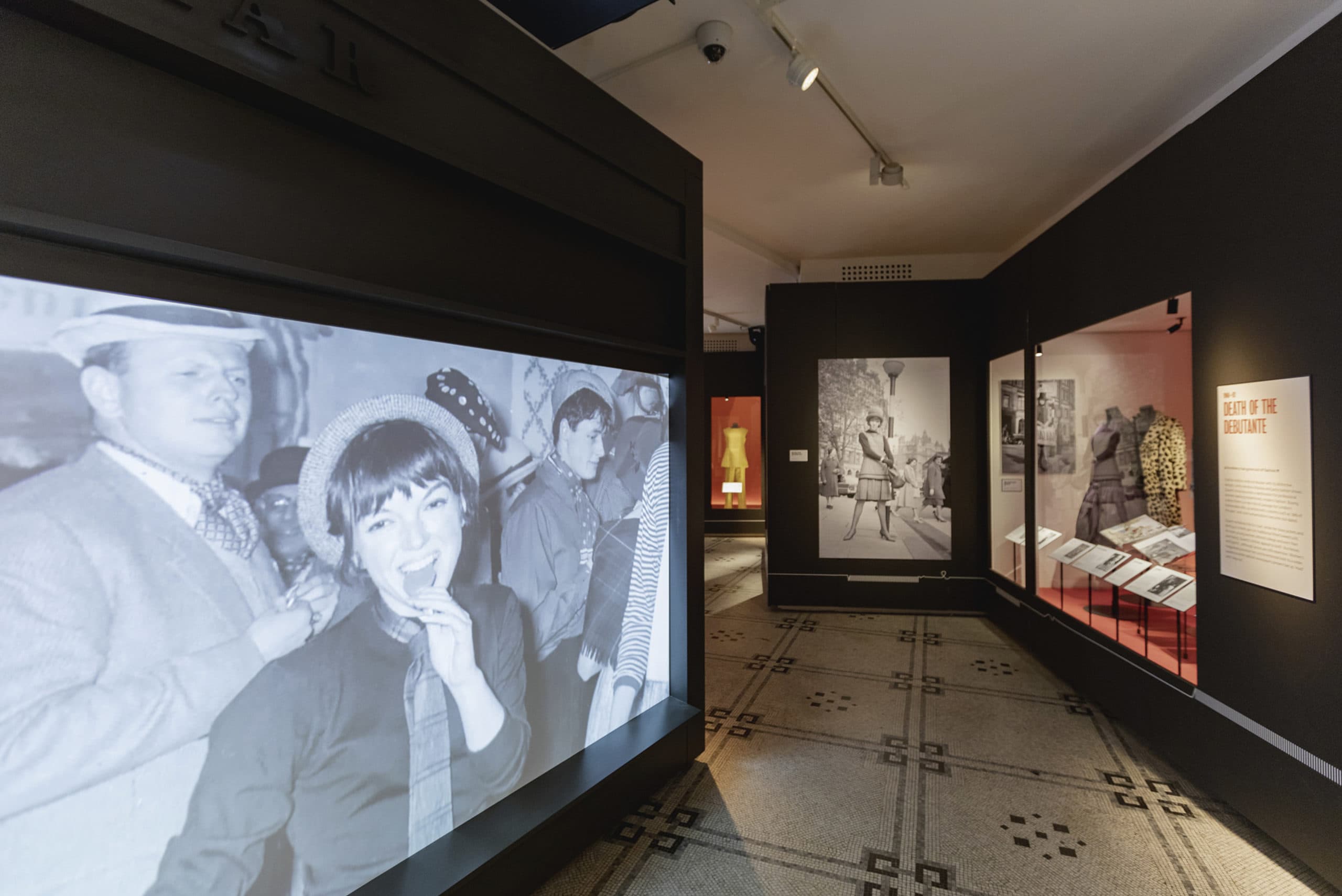 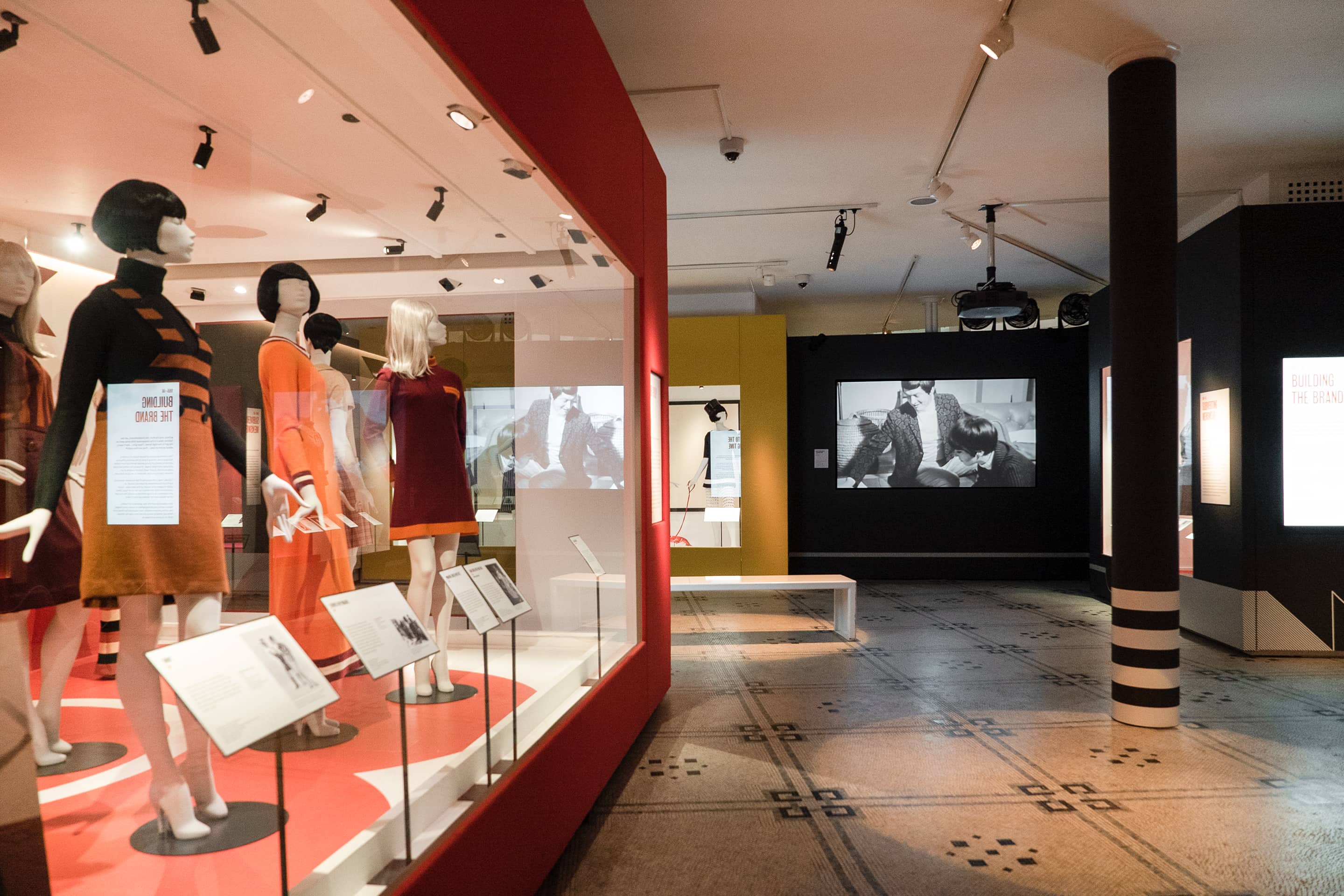 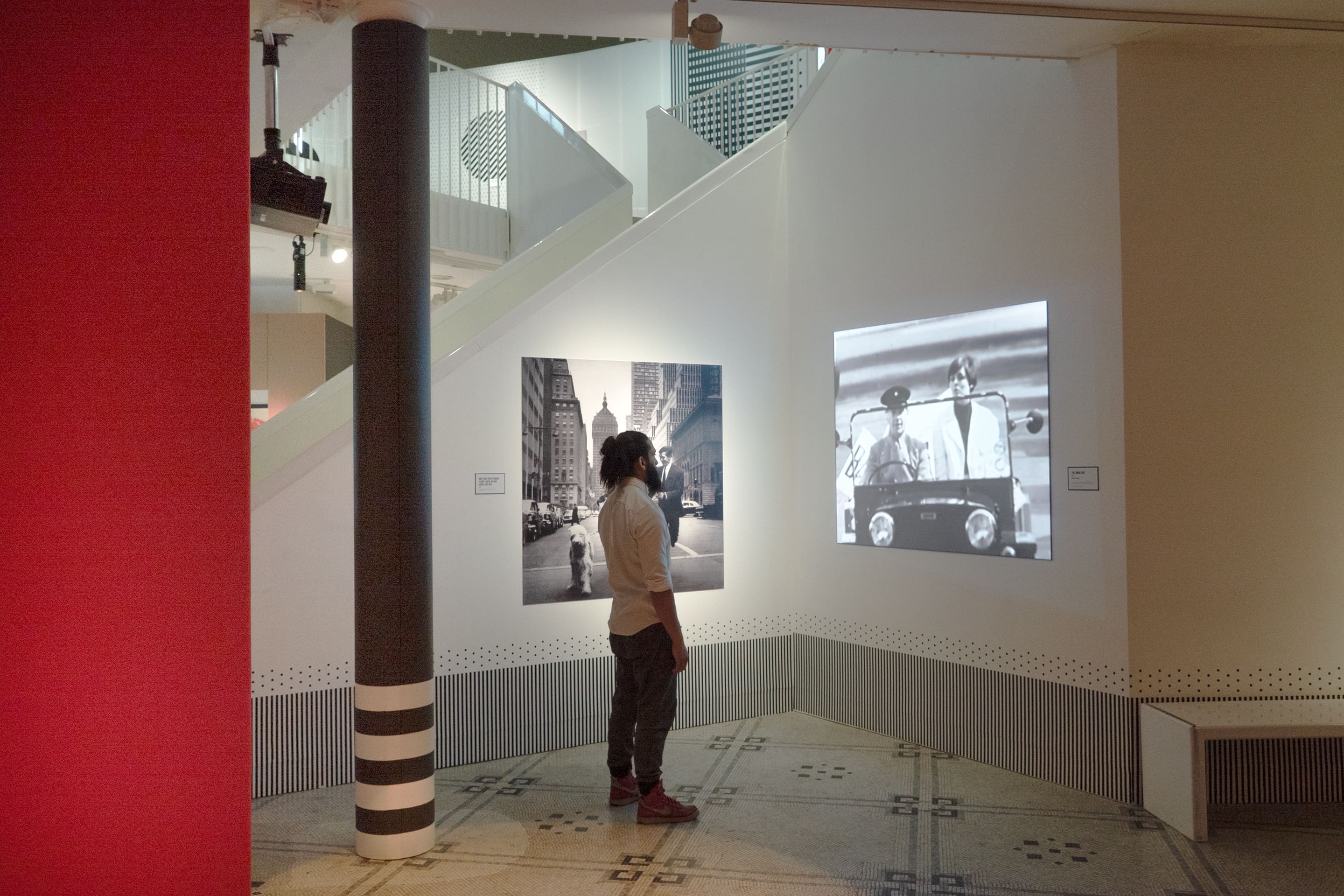 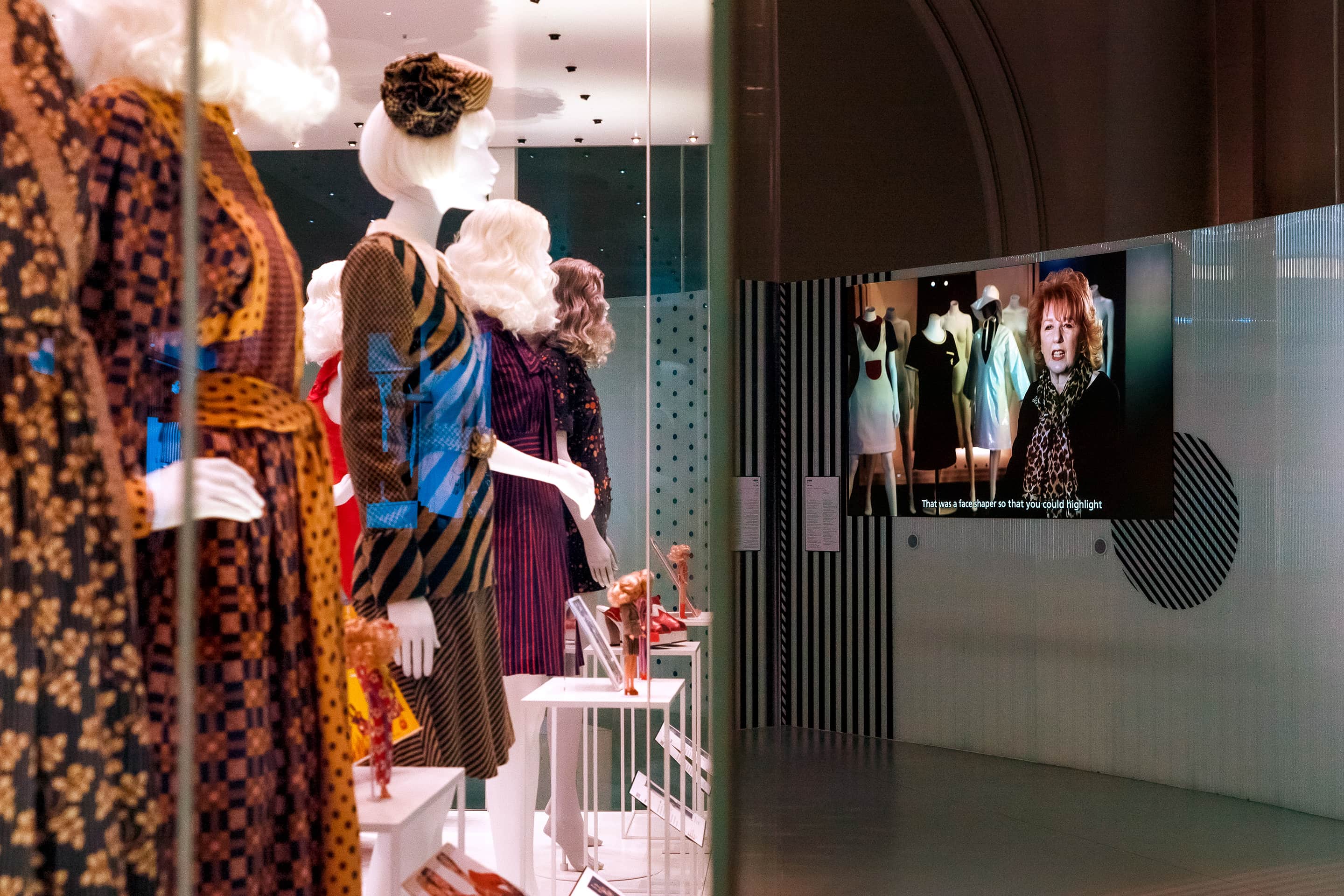 We also filmed interviews with four women who knew or worked with Quant in the 1960s, giving their personal perspectives of her.

A large circular structure in the centre of the mezzanine displays projected photographs and quotes sent in by the public telling their personal stories of wearing Quant’s clothes.