An app that tells the history of Haileybury school at points of interest around the grounds. 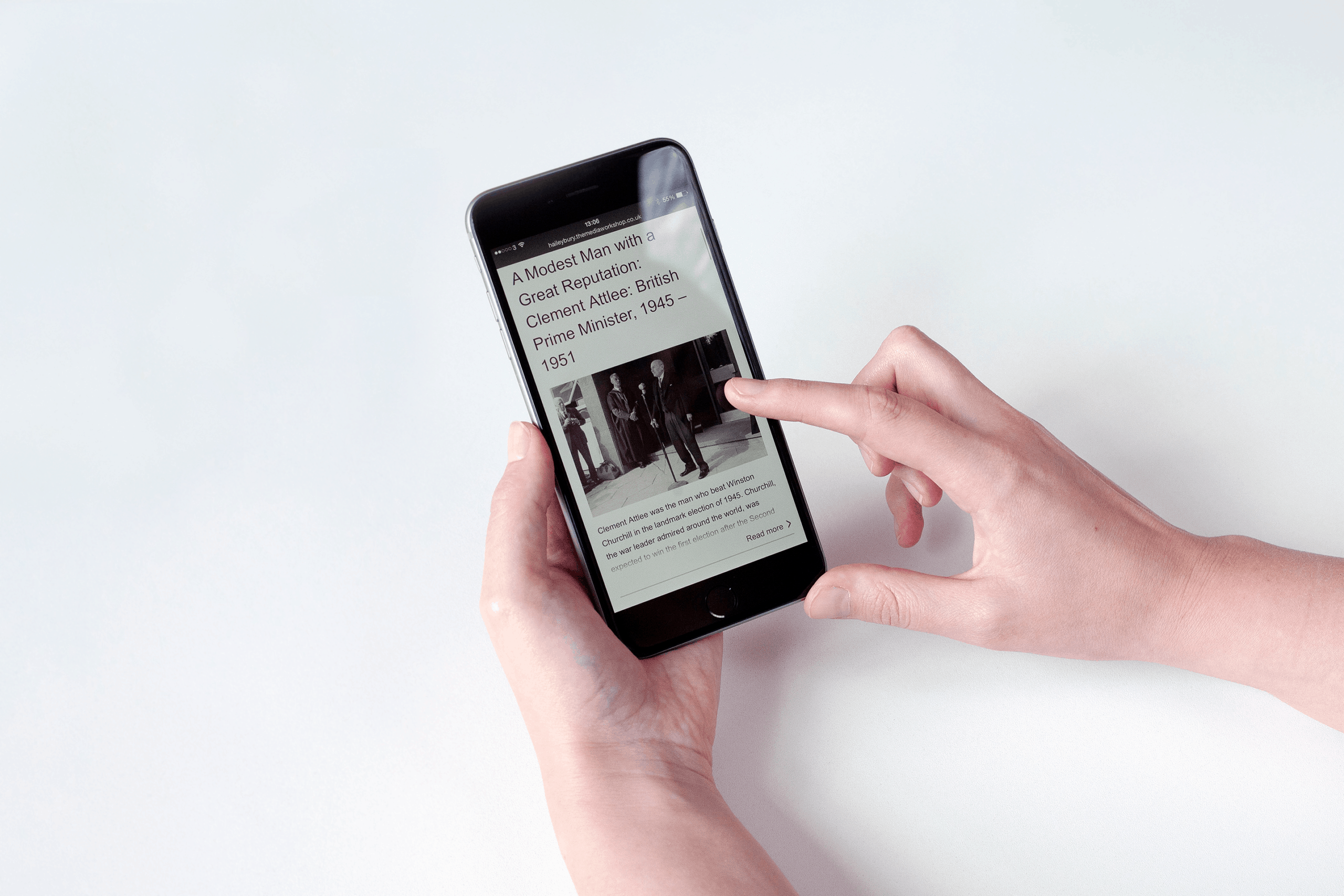 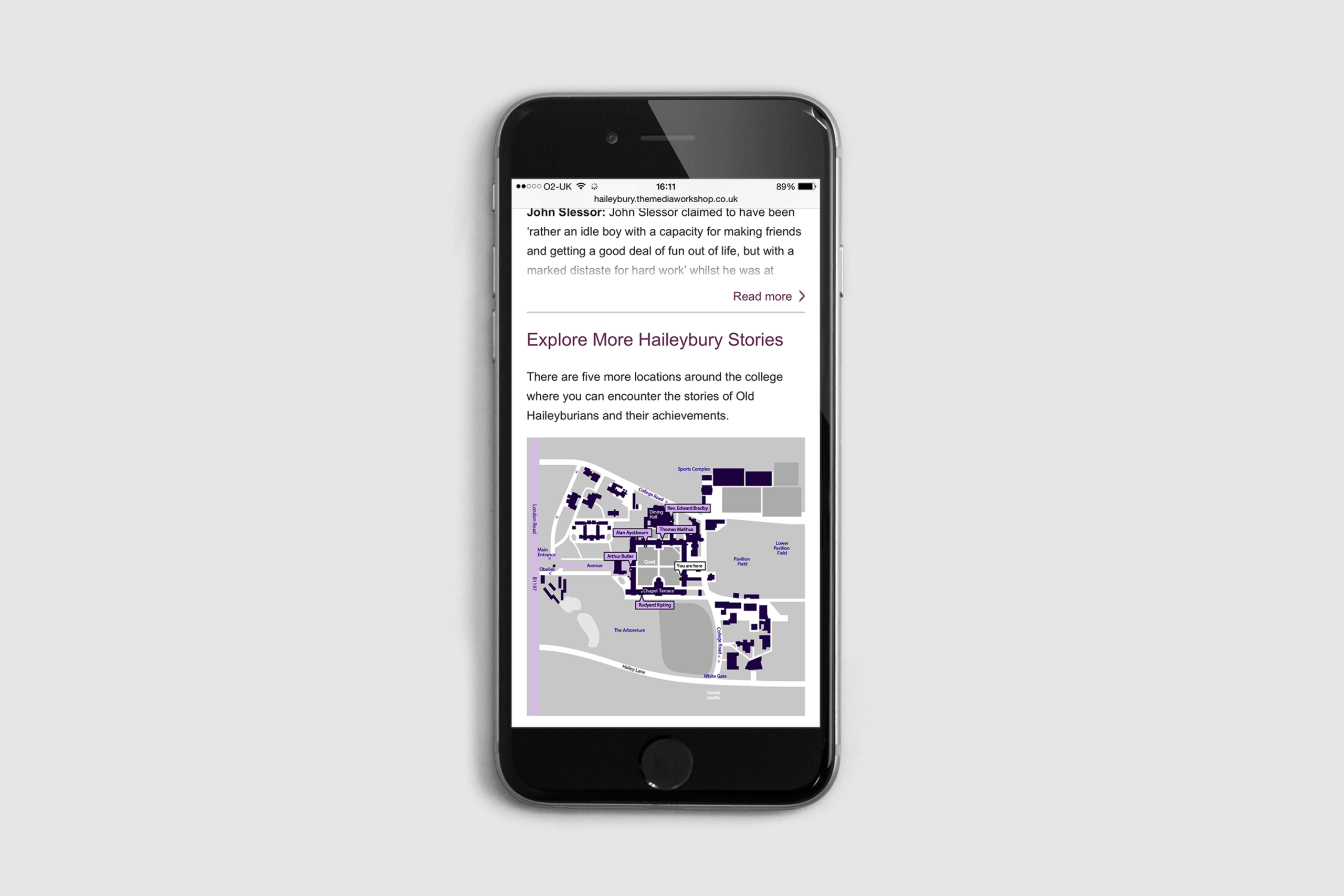 Posts around the extensive grounds display QR codes that visitors can scan with their phone or tablet to access content. Text, images and audio narration describe aspects of the school’s history, contextualised against national and world events.